On September 21st, 1925, the first stone was placed for what would today be one of the most historical, prestigious institutions in Chilean higher education. That day the Universidad Católic de Valparaíso was born.

The beginnings of our campus were made possible thanks to the generosity of doña Isabel Caces de Brown, a lady of renown within the port city; She and her two daughters, ms. Isabel Brown de Brunet and María Teresa Brown de Ariztía, have earned a place in the history of Valparaíso for their transcendent vision.

The first Rector was Presbiter Rubén Castro Rojas; at that time, there were only two colleges: that of Applied Sciences and Mathematics, and that of Economic Sciences and Business. The University gave free language courses, practical business classes, and night classes for the workers and employees from industries in the port.

From those early days of its academic activities, which officially began in March of 1928, the Universidad Católica de Valparaíso has since uninterruptedly developed academics, research, and outreach. Its task has since been to cultivate the arts, science, and knowledge. The above actions have since been guided by the legacy left to us from its founders, and our motto: Faith and Work.

Related to the Church through the diocese of Valparaíso, the University has had eight Grand Chancellors. It is fitting to mention that three of them, Monsignor Raúl Silva Henríquez, Monsignor Jorge Medina Estévez, and Monsignor Francisco Javier Errázuriz, have become Cardinals. In 2003, the University received a great honor and recognition from the Holy See, and was bestowed the title of Pontificia.

Currently, the University has nine colleges: Law, Engineering, Economic and Administrative Sciences, Philosophy and Education, Agronomic and Food Sciences, Sciences, Ocean Sciences and Geography, and the Ecclesiastic College of Theology.

During its 88 years of history, it has secured itself as a leader in teaching undergraduate courses, in research, in graduate studies, in outreach, and in community relations. The quality of its academics and students are a reflection of this valuable tradition that has lasted over time and projects into the future: they are, after all, the protagonists of their own lives, of Valparaíso, and of the country itself.

The Faculty of Law of the Pontificia Universidad Católica de Valparaíso is one of the nine faculties of this university. It is integrated by a single academic unit, the School of Law, and only imparts that race. It is the third oldest school of Law of Chile and the first outside of the capital, being considered one of the most prestigious Law Schools of the country. It has its headquarters in the Central House of the PUCV, in the city of Valparaíso.

The School of Law was founded in 1894 - when the University did not yet exist - as the Law Course of the Sacred Hearts of Valparaiso, on the initiative of said congregation, gathering the need of the city of Valparaiso for having studies of law, particularly after the creation of the Court of Appeals of Valparaiso in 1893.

In 1960 the agreement of 1947 was modified in order to complement the integration to the University, conserving, as homage, the name "School of Right of the Sacred Hearts".

With regard to teaching, this was developed, in its first stage, mainly by lawyers of the forum. From the late 1960s and early 1970s scholarships were promoted for teachers to further their studies abroad, in relevant areas such as Civil Law, Roman Law, Theory and Philosophy of Law, Procedural Law and Administrative Law . In the 1980s the School saw its efforts rewarded and enriched with the return of scholarly scholars.

The policy was replicated during the 1990s: in anticipation of the generational turnover, young teachers were supported to continue their studies abroad - mainly in Spain and Germany -, which allowed that since the end of the decade and beginning of 2000 incorporate new teachers with the degrees of Doctor and Master, giving clear signs of continuity in the improvement of teaching.

Since 2001, postgraduate programs have been offered. That year began the Master's Program, while in 2002 and 2003 graduates developed in various areas of law. In 2004 the Doctorate Program began to be taught and the following year the Master's Program in Criminal Law and Criminal Sciences.

In 2004, the School started the accreditation process before the National Commission for Undergraduate Accreditation, obtaining it for a period of five years, which was then renewed for six years until 2018, reaching the maximum degree of accreditation awarded by the Qualitas agency. 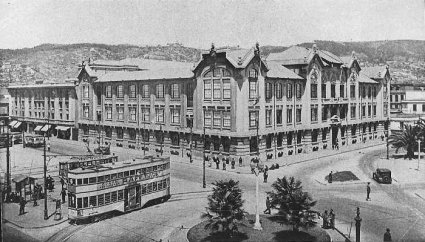 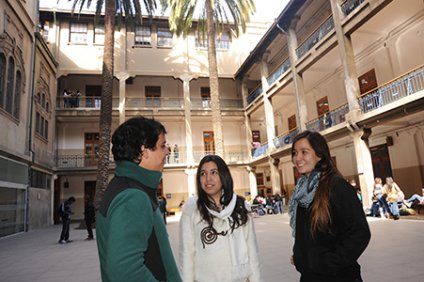